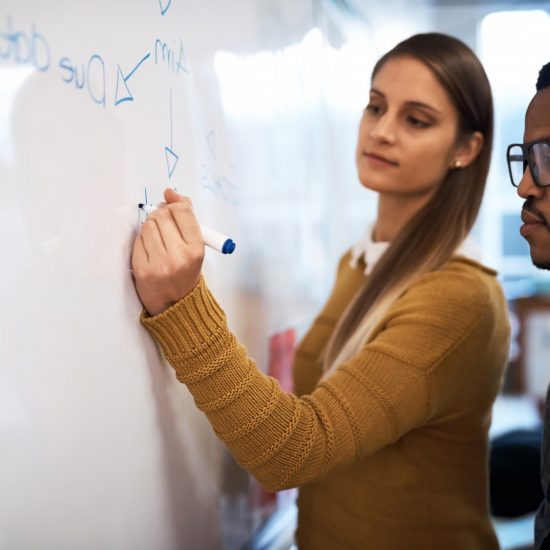 Who developed the Toolkit?

The Toolkit was commissioned by the Scottish Funding Council on behalf of the Commissioner for Fair Access, Professor Peter Scott, and developed by CFE Research with academic partners Dr Claire Crawford and Dr Colin McCaig. The team have experience in evaluating widening access initiatives, along with expertise in developing evaluation frameworks and accessible toolkits.

The Scottish Funding Council (SFC) is helping make Scotland the best place in the world to educate, to research and to innovate. Investing around £1.8 billion of public money each year, SFC’s funding enables Scotland’s colleges and universities to provide life-changing opportunities for over half a million people.

The Commissioner is independent of government and responsible for leading a system wide effort to deliver fair access in Scotland. He provides impartial policy advice to the Scottish Government and other organisations and works across the entire education system to develop best practice; improve the evidence base and hold to account all those with a role in advancing fair access to higher education. The Commissioner holds a non-statutory role. He is not an ombudsman or regulator and is not able to take forward individual cases.

Dr Claire Crawford joined the department as a Reader in Economics in July 2018. Prior to joining the department, she was an Assistant Professor of Economics at the University of Warwick, starting in January 2014. Claire started her career at the Institute for Fiscal Studies (IFS), a research institute specialising in the microeconomic analysis of public policy, in 2004, gaining her PhD part-time and rising to lead a team of researchers working on education and skills issues. She remains a Research Fellow of the IFS and is also an Associate of the Centre for Competitive Advantage in the Global Economy (CAGE) at Warwick and a member of the National Audit Office-University of Birmingham tax centre.

Colin McCaig is a Professor of Higher Education Policy in the Sheffield Institute of Education, Sheffield Hallam University, with 20 years’ experience in education policy research. 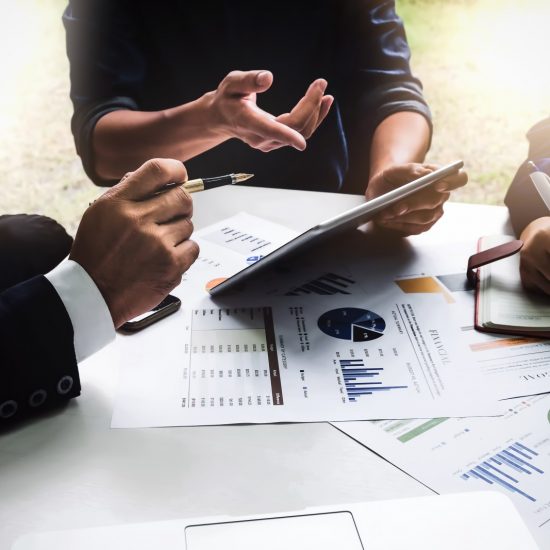 How is the Framework governed?

The initial and continued development of the toolkit and SCAPP has been taken forward by the Framework Governance Group chaired by the Commissioner for Fair Access with representation from across the college, university and access sectors.

He was a member of the board of the Higher Education Funding Council for England where he chaired its widening participation strategic committee.

Peter is chair of the Governance Group.

Kenny was inspired by direct entry college students to GCU, while lecturing in the Engineering Department. He developed a number of guidance and induction initiatives with GCU engineers. Then began working with SWAP in 2004, initially implementing guidance projects for college and community based learners. He has been Director of SWAPWest since 2008. Kenny is passionate about providing opportunities for adult returners to progress to progress to higher education, working in partnership to achieve social justice and good guidance.

Robin  has worked in Further Education for over 20 years.  He started his teaching career in Spain and Italy as both a teacher for private language schools and an exams assessor for Trinity College London.  On returning to Scotland, Robin worked as an English for Speakers of Other Languages (ESOL) teacher and Manager at Langside College, before going on to lead a Glasgow Community Planning Partnership project to coordinate ESOL access and delivery across the Glasgow City area.

Following this, Robin went on to undertake a number of senior management positions both at Glasgow Clyde College and Glasgow Kelvin College, alongside roles with SQA and Education Scotland, prior to moving to take up the position of GCRB Executive Director in May 2016.

Martha’s career has been shaped by her interest in exploring pathways into education and the policies and practice that support such journeys.  This is evident in her early work on the policy and politics of primary schooling in Nepal through to more recent work on developing flexible routes into and through higher education in the UK context.  She has held various academic and management posts at The Open University and at Edinburgh Napier University. In addition, she has led a number of sector-wide initiatives, including the national Third Sector Internships Scotland programme.

Martha is currently Deputy Chair of the QAA Enhancement Theme on Evidence for Enhancement: Improving the Student Experience.

She is Innovative Practice Editor for the Journal of Widening Participation and Lifelong Learning.

Martha’s current research and scholarship focuses on academic identities and careers, discourses of excellence and success in HE, supporting student transitions; and developing and supporting flexible curriculum.

Head of Strategic Partnerships and Transitions

Katrina has worked in a variety of roles within higher education over the last 20 years. Initially she worked as a lecturer, researcher and consultant in environmental sciences, before realising her real passion was in enabling all students to reach their full potential during their college/university journey. This led to a number of years managing professional services areas covering academic skills, articulation from college to university, student transitions and widening access at the Scottish Agricultural College and then Edinburgh Napier University. Latterly she has worked as Head of Widening Participation at Edinburgh Napier University, before moving to the University of Edinburgh as Head of Strategic Parnerships and Transitions. Particular areas of interests are around ensuring fairness, equality and diversity in accessing and succeeding in education.

Neil Croll began working in Widening Participation in 2001, as a Tutor in secondary schools on the University of Glasgow (UofG) Top-Up Programme. He has been Head of Widening Participation at UofG since 2009, overseeing and growing the University’s broad range of provision and partnership work in this area, while developing a research and evidence base to underpin a combined approach using effective outreach and contextualised admissions to widen access to UofG and the sector. Highlights include the development of the Reach West Programme in 2010, the Medical School Glasgow Access Programme in 2017 and the UofG HNC Articulation Programme in 2018.

In 2016, Neil co-authored the SFC-funded Impact for Access report, University of Glasgow and West of Scotland Local Authority partners: how to engage with MD40 pupils in higher progression schools, which is being used by SFC and Scottish Government as part of the evidence base for the future direction of widening access in Scotland. He was a project board member of the Blueprint for Fairness in the Glasgow Region research project, completed in 2018.

Pamela joined the Scottish Funding Council in February 2019 from the University of St Andrews. During her five years at St Andrews, Pamela worked in a variety of roles within the Admissions unit, culminating in co-leading the university’s widening participation portfolio. Pamela’s main role was the development, expansion and consolidation of the First Chances programme in partnership with regional stakeholders, a programme which Pamela herself participated in while in school.

In her role at the Scottish Funding Council, Pamela will lead on working with partners to fulfil CoWA recommendations 4 and 7, which aim to create more clarity around access and bridging programmes nationally, and will also work on the Skills Alignment agenda, Metaskills and Developing the Young Workforce.

Head of Scholarship and Learning

Gordon joined the Robertson Trust in August 2017 from the University of the West of Scotland. He is responsible for leading and developing the Trust’s scholarship work, including the Journey to Success programme and partnership projects in widening access to higher education.

See the Robertson Trust webpages for more information on their scholarships work.

Gordon is Deputy Chair of the Governance Group.

Laurence joined the School of Management in 2013. She started her academic career at St Andrews as May Wong Smith Research Fellow in October 1997 and held various positions, including Pro Dean (Advising) in the Faculties of Arts and Divinities. She gained her phD in 1996 from Aix-Marseille Universite France and was awarded a six month Jean Monnet Research Fellowship tenable at the European University Institute, Italy in 2003.

Her recent current research focuses on widening participation in Scottish HE with a particular focus on access to HE for Scottish rural and remote communities.

Aileen joined the SCQF Partnership as its first Chief Executive in July 2007.

The Partnership is the body responsible for maintaining the National Framework for Scotland – the SCQF.  Prior to joining the SCQF Partnership Aileen was Head of Policy Development, Scotland with the Sector Skills Development Agency for 3 years. This was the organisation which set up the network of Sector Skills Councils.

Before joining SSDA in 2004 Aileen had worked with the Scottish Qualifications Authority and its predecessor SCOTVEC for 15 years in a range of roles around qualifications development and quality assurance.

In addition she previously served for six years as a member of the Hong Kong Council for the Accreditation of Academic and Vocational Qualifications and has acted as an international expert for a number of countries developing Qualifications Frameworks. She has recently been appointed to the Quality Evaluation Panel for HE in Macau.

Stephanie has over 15 years experience in various teaching, learning and research roles in higher education. Since 2014, she has led the Widening Access Team at the University of Strathclyde, with responsiblity for increasing opportunities and removing barriers to study and success for those from widening access backgrounds.

Her research interests span widening participation; retention and the student experience; under-representation and the intersection between access and equality; identity in higher education; and the experience of young adult carers and students from looked after/care backgrounds. Most recently, she led an award winning research project exploring the experiences of trans and gender diverse applicants, students and staff in Scotland’s colleges and universities.

Stephanie has supported the Commissioner for Fair Access as Implementation Advisor/ Researcher through a part-time secondment to the Scottish Government since December 2016 with particular focus on the Framework for Fair Access.

She sits on the Executive of the Forum for Access and Continuing Education, is the Editor of their annual publication and an Editor of the Journal for Widening Participation and Lifelong Learning.

She has published and spoken widely in this field and has also held various external roles in widening access to HE, such as Visiting Fellow at the NCSEHE in Australia and External Examiner with the University of Newcastle in the UK.

Bernadette has also served as Executive Member, Trustee and former Treasurer of the Forum for Access and Continuing Education in the UK.

See the FOCUS West website for more details of their work.