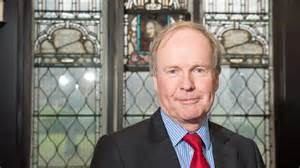 The Commissioner's Role and Responsibilities

The Commissioner is independent of government and responsible for leading a system wide effort to deliver fair access in Scotland, including the development of a framework for fair access.

He provides impartial policy advice to the Scottish Government and other organisations and works across the entire education system to:

The Commissioner holds a non-statutory role. He is not an ombudsman or regulator and is not able to take forward individual cases.

The functions of the Commissioner for Fair Access are to:

lead cohesive and system wide efforts to drive fair access in Scotland; acting as an advocate for access for disadvantaged learners and holding to account those with a role to play in achieving equal access, including ministers and the Scottish Funding Council (SFC)

publish an annual report to ministers outlining the Commissioner’s views on progress towards equal access in Scotland to inform development of effective policy at national, regional and institutional level

Sir Peter Scott has developed a standalone website about his role and his work including his publications ranging from his Annual Reports, Discussion Papers, Speeches, Press Articles and Speeches

The Commissioner has published a number of short papers on issues pertinent to access, as well as three annual reports:

The Commissioner’s fourth report Re-committing to Fair Access: A Plan for Recovery      – was published in June 2021

The Commissioner’s fifth report  “Maintaining the Momentum towards Fair Access”  was published in May 2022.